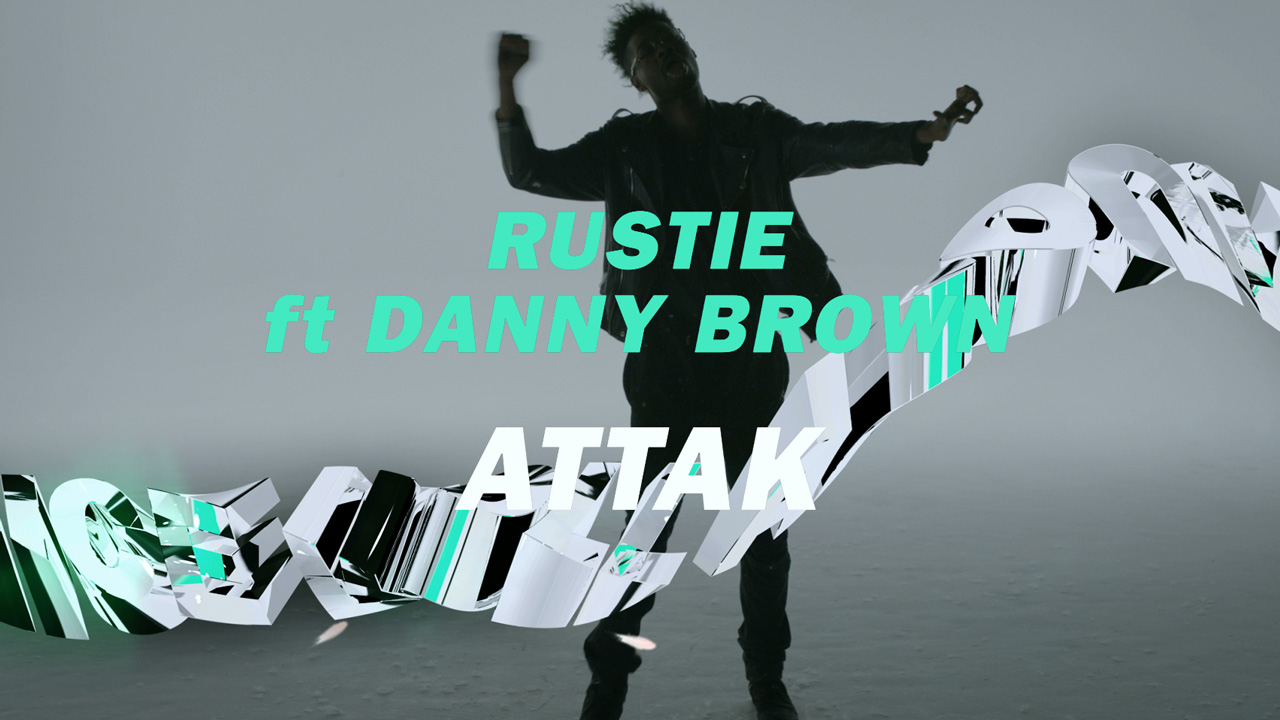 Taken from the forthcoming album from Rustie, a reinvigorated Danny Brown and his lyrics take center stage for the visuals for ‘Attak’ due to be featured on ‘Green Language’. Since its initial premier on Zane Lowe’s Radio 1 show as ‘The Hottest Record In The World’, followed up by a play by Fearne Cotton, ‘Attak’ has already amassed 650,000 plays under a week and topped the Hype Machine Chart. The ‘Anti-Lyric’ video showcases Bruiser Brigade member Danny Brown’s frantic, manic flow as the room of chromed out, animated subtitles which were created by noted animator Daniel Swan (DIS Mag, Show Studio), only seem to highlight the performance.

‘Green Language’ is due out on August 25th, and was written and recorded at 4am to the sounds of birdsong in the producer’s native Scotland, in a remote location. The influences of sunrise, nature and birds are the catalyst for the album, and alongside Danny Brown, will feature notables such as D Double E, Redinho, Muhsinah and Gorgeous Children. The tracks, taken influence from post-rock bands Godspeed You! Black Emperor, My Bloody Valentine, which rebuff the Glasgow electronic music scene (including, but not limted to Trance and Happy Hardcore). Whats more, you can catch Rustie at many of the various overseas festivals.

Lutan Fyah - It's A Party [Official Video 2022] https://youtu.be/JkZrgkvzZhw via @reggaeville