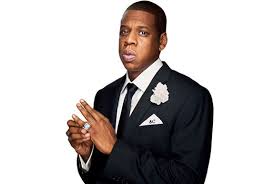 Hip-Hop mogul Jay-Z has been nominated for 10 BET Hip-Hop Awards, the highest number for any artist in the five-year history of the annual awards show, the network announced today (September 8th).

Jay-Z is nominated for Lyricist of the Year, Best Live Performer, Track of the Year and Perfect Combo awards, based on his hit single “Empire State of Mind,” as well as his album Blueprint 3.

Young Money poses the most serious threat for awards to Jay-Z, as Drake and Nicki Minaj have scored eight and six nominations.

The Fifth Annual BET Hip-Hop Awards, which will be hosted by Mike Epps, will be taped October 2nd at the Boisfeuillet Atlanta Civic Center.

The show will be broadcast on BET on October 12th.

20 years ago Ludacris shook things up with his 2nd

New heat from @SkattaMusic who launches Cinema Ticket album on same as visual for 'Track of the Year' ft. @ODDISEE >>