Sak Pase is one half of the production team The JuggaNauts, who produced Rihannas global smash hit Man Down. His dreams came to reality when he learned that Jay-Z & Kanye West wanted to use not one, but two of his tracks for arguably this years biggest album, Watch The Throne. The two tracks were ‘Who Gon’ Stop Me’ & ‘Made In America’. Our contributor Toby Kay had the pleasure of putting some questions to Sak’…

Firstly, how have things been lately, what’s good with you?
I’ve been wonderful lately…I can’t complain much about anything. Just got back from LA collaborating with the producer Boi1da on some music and was also working at Atlantic Records for the new T.I album as well as ideas for Tank, and B.O.B…

Was there a moment when you knew that you were beginning to make this all actually happen?
I still don’t think any of it has hit me yet…I think our careers have taking a huge leap over the course of a year. But our first duties as album producers came in 2006 when we wrote or produced I think 13 out of the 17 songs on the Aksent Album (International). That was pretty big for us back then but I think God has given me a glimpse of the things I will accomplish so there is a lot of work left.

How did you feel when you learned you got two tracks on Watch The Throne, and how did it come about?
How would any kid growing up listening to Jay Z or Kanye West feel to hear that news. BLESSED, to say the least. Like I said I still don’t think its hit me yet. I’m such a fan of music. I really really LOVE music. And I’m excited to hear this piece of music that they put together. It’s cohesive. It’s a classic piece of art. So to be a part of that is incredible. I think im gonna wake up one day and say “Wait a minute…My name is on the credits of an album that Kanye West and Jay Z did…!”

The track ‘Who Gon’ Stop Me’ has a British dubstep influence. Is that something that is starting to take off in the States? And, what is it about the sound that you’re drawn to?
There is definitely a dubstep undertone to the record. I think dubstep is going to take off at some point in the states. For me dubstep is so fresh. The energy in dubstep is so intense at times. You get these moments where you don’t know what’s going to happen, there’s so much personality in the dubstep style when done right.

Half way through the track, the beat switches, was that part of the original plan, or was it developed whilst laying the track down?
Well there were many great minds involved with the song. Kanye is always in search of transcendence. Perfection can be achieved in Kanye’s world I think that’s why he is one the greats early into his career. But I can’t tell you if that was part of the original plan or not. I think it just happened. I think there was a moment where he wanted to intensify the listeners experience with that change. Up until the release of the record I never heard the song in its entirety.

‘Made In America’ is the other track you have on the album that has been getting a lot of praise. Can you tell us a little about that track?
The track is very simple. I actually wanted to add more but Kanye felt that the mood had been achieved. It’s not very complex. Just intimate. It’s amazing what words can do to a piece of music, and I felt they turned a piece of music into a soundtrack of celebration. It’s a celebratory piece written in retrospect.

Off the back of the work done with Rihanna, has that opened even more doors? And, any future work that you can tell us about?
Diggy Simmons, K’naan, did some music with Estelle, alongside Jerry Wonda (Fugees). Working on records for T.I , No Doubt, Tanya Lacey and a bunch of names that I cant seem to remember right now.

You have produced for British act Alesha Dixon, firstly how was that, and what other British Acts would you like to work with?
It was amazing working with Alesha. Her voice is one of the most memorable tones I’ve heard. She has a classic rock voice that I think could be massive if she did the right album to compliment that. I told her that she sounds like a female Rod Stewart and she should really explore making music in that direction. I hope no one takes that idea and runs with it.
I’ve worked with British Acts Parade. These girls are SUPERSTARS. If the label gets it right they can be as huge as the spice girls. THEY HAVE HIT RECORDS. Believe me I’ve done 4 or 5 records that can be HUGE…Also Loick Essien, who’s an incredible male vocalist. He is such great talent and just an awesome person overall. I have also worked with Tanya Lacey who is just an incredible talent. 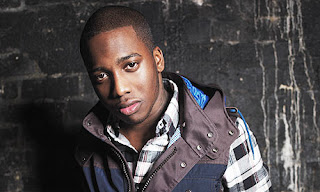 As someone on the “inside”, how do you see the popular music world heading in the near future?
I think with the success of Adele, and great albums such as ‘Watch the Throne’ popular music is headed in the right direction. I think the need for great music and great albums has arrived – it’s going to force the labels to be more about the music and less about the business. In the end it works out for the better. If you put out incredible music.

I was in my teens & I heard coolio live on radio 1, I called up & spoke to him, straight away he said “yo you sound like you gotta a flow about yourself homie” & asked if I rap
I was nervous but kicked a 16 he got gassed! The Dj was hating tho & moved me on lol