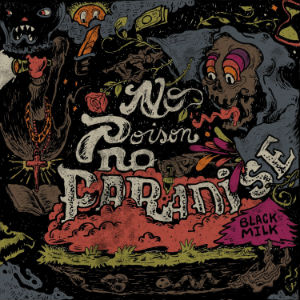 For one it looks like it’s going to be a pretty incredible show with that line up! It will be good to link up with Alchemist I haven’t seen him  in a long time I haven’t met Africa Bambaata  before and I would be an honor!

For my live show I have come to do what I do with my band – we bring a lot of energy, we switch it up and do something different from hip-hop to electronic to a little bit of R&B – it’s going to be a real interesting show!

Would you agree with the people that make comparisons between you and early electronic artists like Kraftwerk and Gary Numan?

Oh yea definitely man! All that German and UK electronic stuff, I love it man! My next album will be more heavily influenced by that kind of sound – and I’ve been listening to a lot of it recently too. 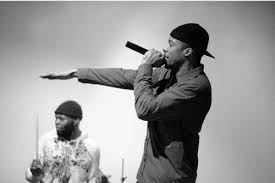 Hows your new album ‘No Poison No Paradise’ been received received by the press and fans?

Fortunately enough I’ve been seeing a lot of good ratings and good numbers – I’m pleased with the response from not only the critics but for the fans who are the most important ones! They are saying they are enjoying the sound I went with on this project so that’s cool.

How did you come up with the albums title?

I was trying to figure out a clever way by saying ‘good and evil’ or ‘the light side and a dark side’ of the things you go through in life  – it’s also a play on words.

What’s been your career highlight so far?

It’s hard to say one career highlight but the biggest achievement is being able to make a living out of my hobby, as a lot of artists don’t get the chance to experience that – or travel and perform all over the world!

What is was your thoughts on the current Detroit sound?

I think it’s going in the right direction there’s a lot of Detroit artists getting their shine – this year you’ve had myself, danny brown as well as up and coming artists like Clear Soul Forces, Quelle Chris and tons more!

I’m excited about where its going – especially as it’s a little different from the traditional direction that dictates Detroit’s sound – the texture has now transitioned and morphed into something new!

Do you think the city’s economic climate is reflected within the music?

Do you have a mentor in the hip hop game?

There are certain people that I speak to on a regular basis especially my manager X. I’m one the youngers of the crew so everyone I socialise with is usually older, so I also learn from them.

Why do you think it is that (NYC label) Fat Beats invested their time and money into Black Milk?

Ever since they put out my first project, we’ve had success after every release – there is definitely a comfort level their and and an understanding with what I want to do. Even with my own label ‘Computer Ugly’ they are somewhat involved with the distribution and pressing up the physicals.

What’s the best piece of advice you’ve been given?

Also whatever happens regardless of who you are working with it will come back down on your name so be careful with what you decide!

Which one track on the album which reps you best?

Every song represents a different part of my life  – you can’t really take one without the other the different type stages made me who I am today! 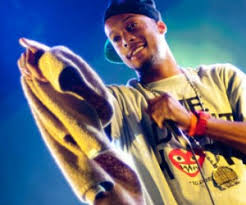 I was in my teens & I heard coolio live on radio 1, I called up & spoke to him, straight away he said “yo you sound like you gotta a flow about yourself homie” & asked if I rap
I was nervous but kicked a 16 he got gassed! The Dj was hating tho & moved me on lol